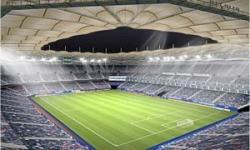 In 1995, VRML became the first web based 3D format. VRML was unique because it supported 3D geometry, animation, and scripting. In 1997, VRML was ISO certified and continued to attract a large following of artists and engineers. VRML is the most widely supported 3D format for tools and viewers.

VRML has been superseded by X3D, and is a direct subset of X3D (where the X stands for Extensibility).

In 2001, X3D joined our family as an XML encoding of VRML. X3D added shaders, geo-location, and other cutting edge 3D features along with custom support for users in medicine, CAD, GIS, AR/VR, 3D Printing and Scanning and other important use areas.

Web3D Consortium is the vehicle for developing and standardizing new extensions and functionalities to the ISO-IEC VRML, H-Anim, and X3D Standards.  X3D has progressed to a robust and capable scene graph, now as Version 3.3. X3D is modular, and Version 3.3 has extended its standard components to include support for GIS, Medical, and CAD data. It’s encodings now include XML, utf8, binary; a JSON encoding is proposed and in the pipeline for standardization. X3D’s API bindings are specified through a Unified Object Model for JavaScript and Java, with C#, C++, and Python specified and in the standardization pipeline. X3D’s XML encoding brings the benefits of integrating with the Web Platform; for example, the XML ecosystem supporting compression, encryption and authentication, and digital signatures on 3D assets.

The X3D 4.0 spec is available to members for over a year in github; we released a public draft at Web3D/SIGGRAPH 2019. It is the focus of much discussion among the WG meetings and listerves. The X3D WG has a feature freeze for Dec and we go to ISO-IEC ratification early in 2020. X3D 4.0 includes the ability to compose scenes with glTF 2.0 assets. As you know X3D is a higher level scene graph that describes many geometry types, lights, interactions, animations, etc. Here is the latest version of the Blog, that includes links to examples:  https://www.web3d.org/blog-integrating-x3d-and-gltf

Over two decades of graphics innovation and community have proven the durability of declarative Standards for Web3D content and the Standard scene graph. The steady progress of royalty-free, publically-available Web3D ISO-IEC Standards demonstrates the value of interactive 3D content compatible with the WWW.  X3D is forward-compatible with VRML; this means that the interactive 3D worlds built before GPUs, Broadband, or Linux run even faster today. As enterprises realize that getting serious about 3D data requires a strategy longer than Silicon Valley cycles, Standards become central. From infrastructure such as urban and rural development, to power, to scientific results and resources for education, to medical records for a lifetime, the value and investment is clearly in the interoperability and portability of 3D data and scenes.

Continue with X3D Overview, Getting Started with X3D, VRML/X3D Specifications, or X3D Resources.