The Keys to an Open, Interoperable Metaverse

The Keys to an Open, Interoperable Metaverse

The term ‘Metaverse’ has taken on a new sparkle recently, appearing prominently in the marketing materials of a number of large technology companies. Indeed, many have attempted, or are attempting, to co-opt it for their own purposes, which has resulted in a great deal of confusion among producers and consumers in the marketplace. With this short position paper, the Web3D Consortium seeks to address this confusion by exploring the history of the ‘Metaverse’ that has led us to our current state, providing a workable definition of the term ‘Metaverse’, and providing a vision for its sustainable, cooperative construction into the future. We believe that all the technologies are in place to fulfill the vision of an open, equitable, and ubiquitous information space. What remains are the key issues that have kept the Metaverse from manifesting the last two decades: user experience and corporate cooperation.

While the media struggles with an understanding and definition of the term and future of the “Metaverse’, it is fitting to reflect on the history of the metaverse that has brought us to this moment in time. One can easily argue that metaverses have existed since the 90s and are now in their fourth generation of development [2, 3, 6, 7, 8, 9].

Since the early days of the World Wide Web (WWW) and HTML, the web 3D community has built technologies that link 3D worlds and assets interactively across the network. In the 1990s we were on 28.8 modems; there were no affordable GPUs or headsets, and virtual environments were an aspiration. Still, the vision of shared digital worlds and VR was established as a compelling motivator for the community.

To support the description and sharing of these interactive 3D worlds, the community established the Web3D Consortium (web3d.org) and Consortium members have been aligning Web standards around 3D graphics, animation, and interaction for decades ever since.  Many powerful capabilities have emerged on top of this stable foundation.

The Web3D Consortium began specifying a declarative scene graph and programming API with the open standard of Virtual Reality Modeling Language (VRML was based on Silicon Graphics Inventor) and provided multiple ways for programmers to manipulate and add interactions and logic to their scenes (e.g. JavaScript, Java). Through its transparent process and effort, The Web3D Consortium created the ISO/IEC Standards of VRML and HANIM (for humanoid avatars). Destinations like CyberTown and Canal+ Virtual Paris grew, supporting real-time 3D interaction of thousands of users through avatars and chat. Figure 1 shows the evolution of open Web3D Standards since VRML. 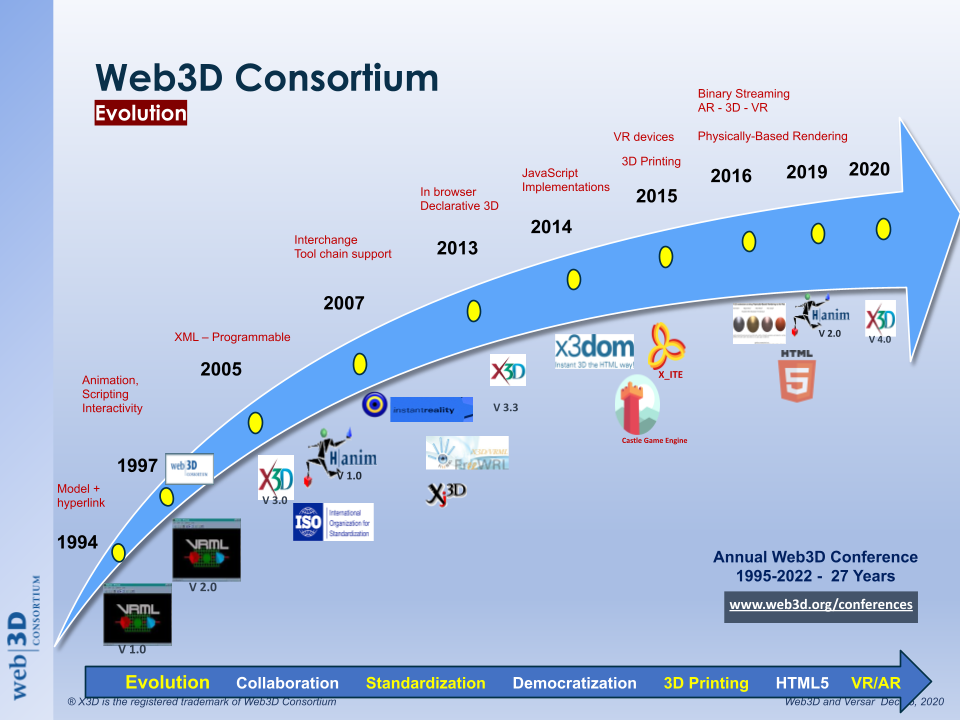 Figure 1: The Evolution of Web3D Standards


ISO-IEC Standards provide a strong formal process and quality assurance of technical review and international ratification. Through additional liaison relationships, Web3D and the W3C worked together in developing the suite of technologies for the open Web stack. In the early 2000s, VRML was re-encoded as Extensible 3D (X3D), including XML. In the 2010s, the focus was on HTML5 compatibility.  With the advent of WebGL, Web applications can achieve better performance with direct access to GPUs across web browsers and devices; so interactive Web3D worlds, such as X3D, become enriched and more visually compelling. Figure 2 shows the portability and durability of interactive scene graphs as a 1998 Web3D (VRML) world runs unmodified in a 2022 CAVE with multiple GPUs, stereo rendering (27.6 million pixels), and immersive user tracking.

Meanwhile, others focused on capture and monetization of user traffic in online 3D worlds. From Second Life to There, Olive, VastPark, Avaya, companies set up proprietary virtual worlds and real-estate for people to meet and collaborate in. Most of these worlds and the companies that built them are gone. [4,5] Such walled gardens indicate their assumption of the Highlander Theory: “There can be only one”.  However, the Web is an ecosystem, and one must play well with others to survive. Google’s Lively and more recently, Poly, are examples that bankruptcy is not the only reason for companies to discontinue various Metaverse product lines. [1]

Many are describing specific games and virtual worlds as ‘The Metaverse’. As we have discussed, many years of innovation have shown us the possibilities of virtual worlds. Games, social networks, and augmented reality applications have driven exciting growth and expansion. However, these virtual worlds are still generally restricted for use within their own proprietary ecosystem, i.e. ‘walled gardens’, where servers control and admit users, content, and services and are not interoperable with other virtual worlds. As such, movement between worlds is not seamless and requires signing out of one world, thereby dropping out of 3D space into a conventional 2D web page, then signing into another 3D world.

This begs the question: is the Metaverse just a single walled garden, shared game or social environment? Or will the Metaverse be an open, unified space suitable for critical business, education, ecommerce, entertainment, e-government, social applications and industry applications?

How will we move ourselves and our content seamlessly between real, virtual, and augmented worlds? How will we ensure security and provide for user-control of personally identifiable information (PII) or even our own health data?

The Web3D Consortium and its members are committed to addressing these limitations in a comprehensive and sustainable way through our standardization process and liaison interfaces with other standards development organizations, or SDOs such as W3C, Khronos, OGC, HL7, and DICOM. 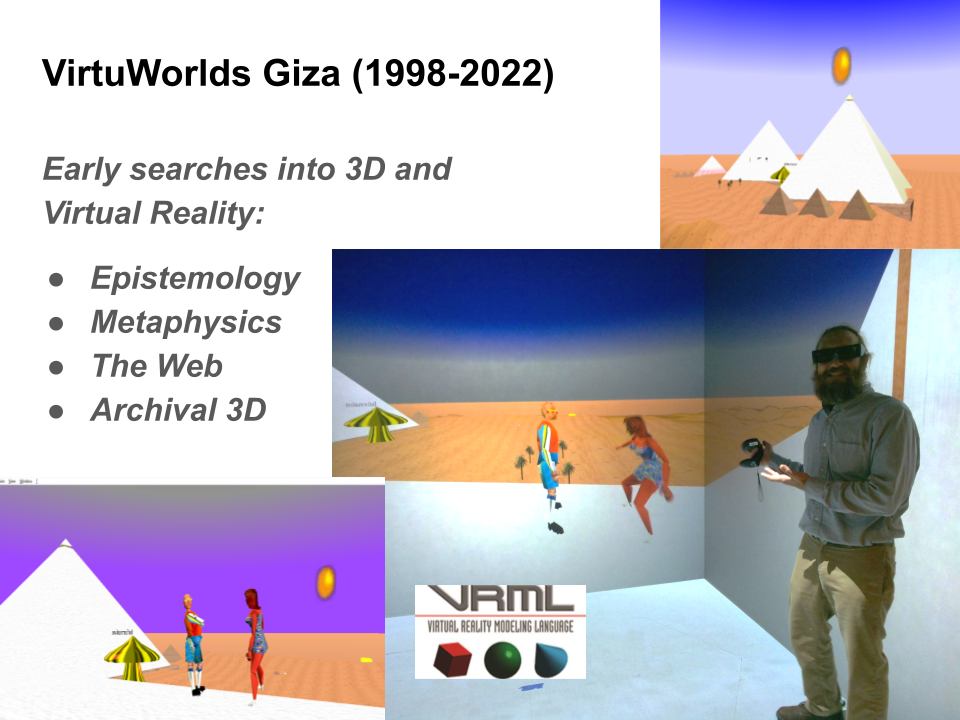 Figure 2:  a VRML + HANIM model from 1998 runs faster than ever in a high resolution immersive CAVE in 2022

Definition and Future of the Metaverse

We believe that a fully successful ‘Metaverse’ will not be a collection of separate “walled gardens” or microverses. Rather, we see it as a constellation of connected multi-dimensional realistic and/or fantasy computer generated (i.e. virtual) or augmented worlds in which people will work, learn, play, buy, sell, communicate, collaborate, interact and travel, pursuing their tasks without the constraints of physical space and time.

Therefore, in our view, the ‘Metaverse’ will emerge as a property of the current primarily two-dimensional Worldwide Web (WWW) with interconnection and interoperability between online, networked microcosmic ‘microverses’ created, as is the Web, by individuals, corporations and institutions.  Interconnection between microverses will be provided by the Web itself.

Interoperability between interconnected microverses can only be provided through Standards support across microverses, which allows users to move seamlessly from one microverse to another - ideally while maintaining their selected identity.

The Web3D Consortium has developed a standard that is ideal for this purpose.  The standard is Extensible 3D (X3D).  The X3D Standard is an open technology that comprises many of these imperatives and priorities, while leveraging on other industry standards including WWW, WebGL, and glTF. X3D is the royalty-free, open ISO/IEC Standard for the publishing, viewing, printing and interactive communication of 3D virtual worlds on the Web. These virtual multimedia and data-driven worlds can be experienced synchronously or asynchronously at a WWW address.

X3D has a rich vocabulary for describing 3D worlds across many disciplines and industry verticals, for example, CAD, GIS, AR/VR, 3D Printing and Scanning, shaders, volume rendering. X3D enables serious 3D applications across industries. As new technologies and features stabilize, Standards evolve. The latest X3D® version 4  is a major upgrade that provides close support for HTML5, Khronos glTF Physically-Based Rendering (PBR), and the WebAudio API.  X3D4 is the basis of multiple file encodings and programming language bindings to support a variety of applications. In addition, The X3D scene graph can be expressed in Semantic Web Ontologies, which makes it powerful for transcoding 3D assets and interactions between microverses’ walled proprietary gardens and formats. Finally, the scene graph can be manipulated by programs written in different languages:  JavaScript, Java, Python, C#, and C++; these APIs are specified in X3D's suite of ISO standards.

The Web3D Consortium is committed to supporting the creation of a stable, equitable, and evolving Metaverse. X3D is, by its nature, Extensible; meaning that the language allows for custom nodes and content that may be outside the ISO-IEC Standard. For example, a microverse may use a special geometry or appearance, or metadata. By describing such nodes and attributes in the X3D scene graph, novel and innovative content can still seamlessly move across real-time 3D across applications, networks, and Web services. We believe this interoperability is an essential ingredient for success.

IF the metaverse is to make an impact on our digital lifestyles, there must be compelling reasons to be there:

Safety and security of immersive technologies are a critical part of how people might engage in Metaverse interactions over the Web.  How are people protected? How are accessibility concerns addressed when everyone has some potential for access-impaired interaction?  In collaborative systems one should be able to reliably opt-out if they are concerned about privacy. For example, there could be global settings on the browser or OS for privacy that take advantage of the WWW security stack (as X3D does).

Our vision for the Metaverse is one that is open and unified with seamless movement between diverse worlds without leaving the immersive 3D environment   experience. We have argued that the true value of a Metaverse lies in its seamless interoperability across content and systems. We have shown how X3D, the international ISO/IEC Standard, provides essential ingredients to scale the Metaverse to its potential.

We believe that progress toward this Metaverse vision will only happen when there is corporate cooperation. When we say cooperation, we mean COOPERATION through the formal processes and transparent activities of standardization. We are NOT recommending business-as-usual: for example, one large corporation adopting another large corporation’s proprietary format (which happens to be about making movies - not interactive, networked 3D graphics).

Join us as members of the Web3D Consortium are working to provide a technology that will provide for the interoperability between interactive 3D worlds to enable an open, unified Metaverse. Using Web3D and W3C standards, we can enable users to be represented in one Metaverse and move seamlessly in and out of others.

The Keys to an Open, Interoperable Metaverse.pdf