Jorge Posada is Associate Director at Vicomtech – Visual Interaction and Communication Technologies Centre- since 2001. He earned a Ph.D. in Computer Science & Engineering from the Technische Universität Darmstadt (Germany) in the field of 3D large model visualization in virtual reality for industrial plants. After working for several years as researcher at the Fraunhofer Institute for Computer Graphics (Germany), in the Industrial Applications department, he joined in 2001 the R&D centre VICOMTech (San Sebastian, Spain) as Associate Director. Vicomtech is one of the leading applied research institutions in Spain with a focus in Computer Graphics -110 researchers, 40 Ph.D-. Jorge Posada works in applied research in the field of virtual reality, 3D graphics & data visualization in several fields, especially in Industry, Engineering and Media applications. Jorge Posada is also the President of the Board of the international network GraphicsMedia.net, the International Network for the Cooperation in Applied Research in Computer Graphics, Multimodal-Multimedia Technologies, and Visual Interactive Digital Media Technologies, with 7 members worldwide. He is a promoter of the innovative use of Computer graphics and Visual Computing technologies for Industry 4.0 and Industrial Internet.

Jorge Posada is member of IEEE, ACM and Eurographics. He has co-authored about 80 research publications and has been co-director of 3 Ph.D. Thesis directly related to Computer Graphics and 3D. He is currently member of the Editorial Board of the Journal Multimedia Tools and Applications (Springer), and has been member of the Editorial Advisory Board of the international Journal Computer & Graphics (Elsevier) and the International Journal of Virtual Reality (IPI Press). He is also very active in international top conferences such as ACM/Eurographics Web3D 2013 (General Chair), ACM/Eurographics Web3D 2012 (General Co-Chair) and KES 2012 (General Co-Chair). 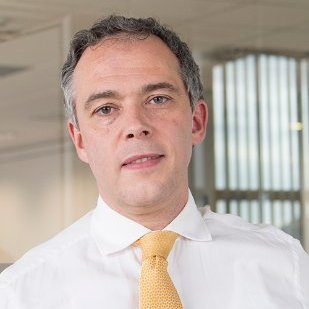